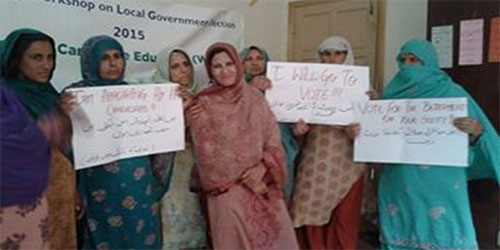 During the Local Government elections of 2015 in Khyber Pakhtunkhwa, Da Hawwa Lur conducted training sessions for the women of Peshawar. These grass root level women were trained well on the role plus responsibilities of voter and candidate. The awareness was also provided on the Local Government Act. As a result the turnout of women voters was relatively higher. While out of these women 10 participated in the elections as candidates.